Flavored vaping products are one of the most effective smoking cessation tools on the market. A study by the New England Journal of Medicine found that vapor products are nearly twice as effective at helping adults quit smoking than any other nicotine replacement methods like the patch or pill. Not only that, but the Royal College Of Physicians and Public Health England have reviewed all the peer-reviewed research and concluded that nicotine-vapor products are at least 95% safer than cigarettes. There has been no indication that industry standard nicotine-containing vapor products are to blame for recent cases of lung illness. In fact, FDA investigators found that cannabis or THC products were likely the cause.

Banning flavors would be a public health travesty. More than two million Americans have died from cigarette smoking related illnesses over the last five years. If a federal flavor ban is enacted, more than 10 million adults will be forced to choose between smoking again (something the FDA has said will happen if vapor products are pulled from the market) or finding what they want and need on the black market. President Trump shouldn’t follow the lead of San Francisco, Mike Bloomberg, and the far left anti-business extremists. This type of government overreach, that will surely shut down more than 10,000 American small businesses, is something we’d expect from other administrations. We urge this administration to change course before millions of Americans are forced to switch back to deadly cigarettes, small businesses around the country are forced to close their doors, and tens of thousands of people are laid off. 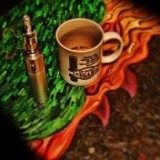